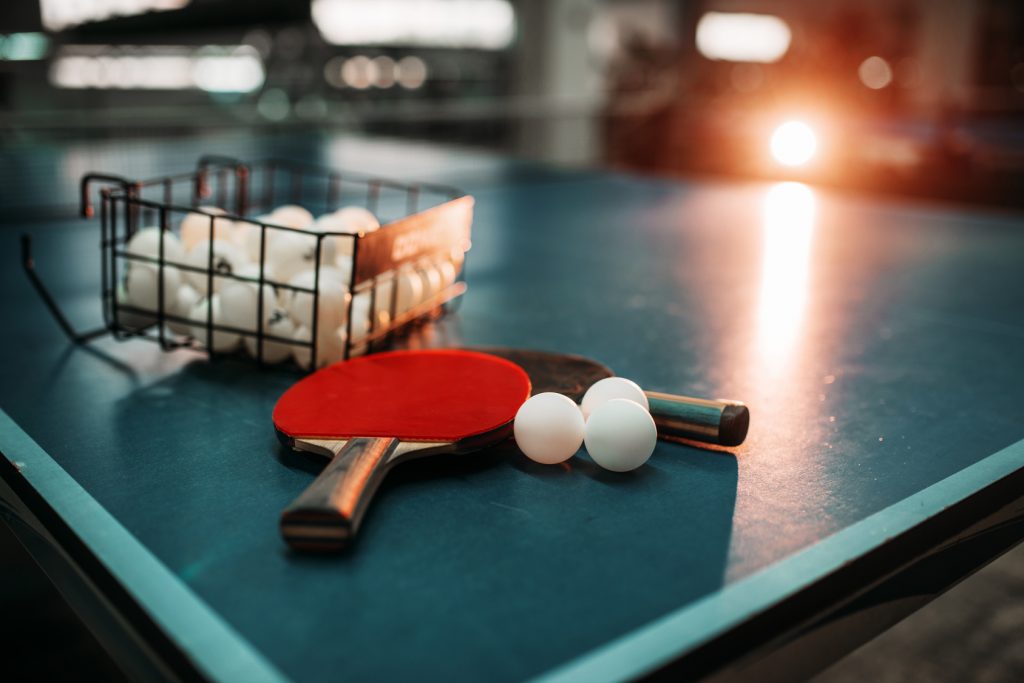 Ping pong is a popular game that’s played all over the world in rec halls, family game rooms, and basements. But did you know that it’s also an official Olympic sport? Ping pong tables that are used for competitions must meet certain specifications. In fact, there are actually ping pong table dimensions that are regulated by the ITTF.

Regulation ping pong tables must be nine feet long by five feet wide, with a rectangular shape. The table should also be approximately seventy-six centimeters above the floor and should be level across the surface. The table must also be made out of material that offers a twenty-three-centimeter high bounce when a ball is dropped from thirty centimeters above the table’s surface.

The table should also be uniform in color with a line that’s two centimeters wide painted along all of the edges. The ping pong net should run across the entire width of the table, horizontally. The top of the net should be positioned a little over fifteen centimeters above the playing surface.

There are some models of recreational tables that meet the specs of official tables, but this isn’t exactly a requirement. While some do feature the same dimensions as tournament sized tables, other models can be significantly smaller. Some models are only eighty-four inches long and forty-two inches wide. These tables are usually marketed as mini recreational ping pong tables.

After choosing the top-rated ping pong table to suit your playing needs, once it arrives there are some tips and tricks you can use so you can enjoy a more pro setup.

Basically, these tables are fairly simple to set up and don’t usually require more than thirty minutes of assembly time.

Before you begin assembling your new table, you’ll want to clear some space. If you purchased a regulation table, then it should be five feet wide and nine feet long, however, you’ll also need extra space, so you can freely move around as you play. How much extra room you really need is debatable. Some players say a minimum of four or five feet on each side, but we feel that three feet should be sufficient.

While a pro usually uses all the space they can during a match, most casual players don’t need to use nearly as much room to move around.

Begin assembly by opening the box and laying out all of the components. Take a look at the instruction manual, which should detail all the pieces and parts that come with the set. Make sure you have everything before you get started. You’ll probably need a friend to help you lift the table out of the box and assemble it, especially if it’s a large regulation table.

Most ping pong tables that come with castors will have the castors already installed, so that’s one less step for you. Begin by attaching the legs to the table, lifting and extending the base frame and sliding each of the legs into a slot. Make sure the legs are aligned correctly. The legs should be pointing at the players not the side of the table.

You’ll need a wrench to tighten and secure the bolts for each of the legs. After the legs are installed, a second person is needed to help you rotate the table so that it’s placed in the upright position, resting on the legs. If the table comes with built-in levelers, you can use these to ensure the table itself is level, which is a must if it’s placed on an uneven surface.

The next step is installing the net. To do this, unfold the net and insert the included metal pin into the net, sliding the net into the correct post to secure it. Depending on the net type, you’ll want to either screw it or clip it onto the seam found between the table halves. Use the string to tension the net correctly once it has been fully installed. There should be no sag in the middle of the net, instead, it should be nice and taut.

We briefly touched on space needs for a ping pong table, especially a regulation-sized model. If you have a dream of playing competitively, or you simply want to brush up on your skills and finally beat your opponents, then space will be a big issue, if you want the freedom to move around and deliver a challenging serve. And let’s face it, an extra three to five feet on each side of the nine by five ping pong table requires a lot of space.

Because of this, you’ll need to carefully consider whether or not you want an indoor ping pong table, or one designed for outdoor use. Of course, with an outdoor model, you’ll have more freedom to move around, but you won’t get the same type of bounce resistance that you will with a regulated model. This is because outdoor tables feature a metallic or laminate layer that’s designed to protect the table from rain, the sun, and snowy weather.

But while an indoor table seems like a good solution to ensure you get a ping pong table that offers the type of bounce resistance you’re used to, if you don’t have enough room to move around, this can also significantly hinder your serving strength and technique.

Ultimately, the choice is yours. As a compromise, you can purchase a smaller ping pong table that offers a bounce resistance that’s similar to a regulation-sized table.  These mini ping pong tables are usually priced more affordably than regulation models and they won’t take up nearly as much room.

If you’re interested in learning how to play like a pro and the types of serves and techniques you can use to finally start scoring on your opponent, you can learn more about becoming a better player in our article on how to win at ping pong. 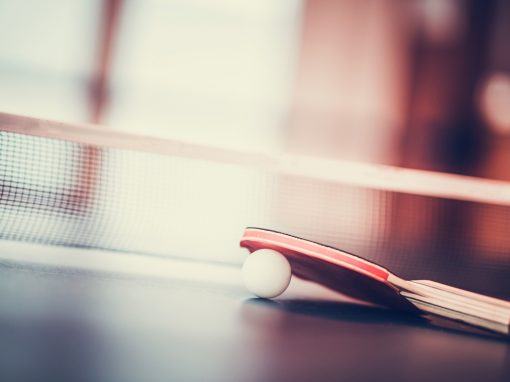 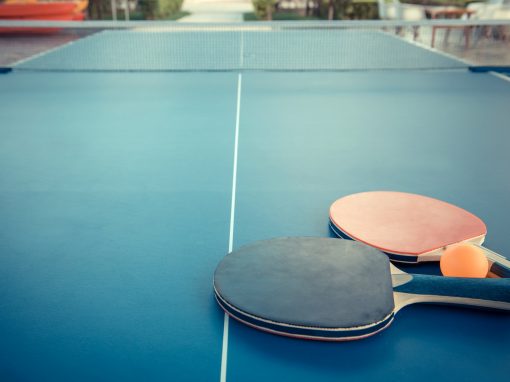 How to Get Better at Ping Pong and Win More Games 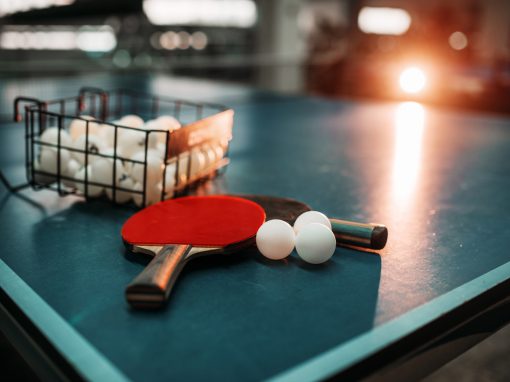